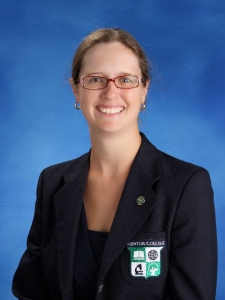 When I first decided in Grade 6 that I wanted to be a teacher, my Mom (a teacher) told me that I would always have a job in the field of education if I was qualified to teach French. I heeded her advice and got a minor in French at university and even though I have never used it, I am qualified to teach French and have always had a job in education. You will, however, want to move your kids to a different school if I am ever transferred into a French teaching position at Mentor as I was barely able to order a sandwich at a Mr. Sub in Lévis the last time I was driving through Quebec! The old saying …”if you don’t use it, you lose it” is true about languages.

I knew FI was getting more popular but I did not know that in the Peel Board, close to 25% of all Grade 1 students are in the programme! At last Saturday’s Open House, I spoke to two families with students in FI who are looking for a change so I got more curious about it. I admittedly do not know much about French immersion (I thought it was when someone fell into the Seine River!) so I spoke with Rebecca Wertman. Mme Wertman is a French teacher at the Primary Campus, is a Mentor College graduate, and spent the first 4 years of her teaching career in French Immersion.

Wertman: Many of my students were first or second generation Canadians and the parents didn’t know the extent of the bilinguality of Canada. They believed that job prospects would be better with both languages and for some people (like my sister, a unilingual research scientist) this is true but FI is not for everyone…particularly those for whom French may actually be a third language. There is also a perception that FI is like private school with small classes and specialized programming so just like our parents say “my son goes to Mentor/TEAM”, there might be some saying “my son is in French Immersion”. I also think that the term “competitive advantage” refers to a programme that has a higher perceived level of difficulty.

Wertman: In Grade 1, 90% of the instruction was in French so the students were getting most of their other lessons (science, social studies, etc.) in a language they were just learning. That is hard. Then in Grade 2, the split was 50/50. We had literature stories that we studied in both French and English so you never knew as a teacher if the student knew the material in French or not. We had to make the French/English switchover either every other day or at lunchtime so that was difficult. For students who are not hard-wired for languages and are not independent learners, it can be difficult to the point of frustration. If the student does succeed, the ultimate goal of FI is the “certificate of bilingualism” but so very few students actually earn it.

Starkey: If that is the goal, why don’t more students stay in French Immersion?

Wertman: Lots of reasons! Grade 3 (after the EQAO) tests was usually the first big drop-off as parents realized that their child might need more work on literacy and numeracy. FI was pretty new to the Board when I was there and parents got frustrated with the programme bouncing from school to school. I taught at 3 different schools in 4 years! I think the perception was out there that more resources were devoted to FI but I remember that we would only get the phonics textbook every 3rd day because we were sharing with other classes in the grade. I think some parents saw that it was a challenge to teach the two languages without some amendments to science, math, and all the other subjects as well. Most students just kind of faded away. The certificate of bilingualism isn’t awarded until after Grade 12 and I know that some parents realized after a few years that they weren’t prepared to make that long-term commitment all the way through high school anymore.

Starkey: Are you considering French Immersion for your own children?

Wertman: No, they will be Mentor kids. I wouldn’t put my own kids in French Immersion, which is ironic because we live right across the street from an FI school! Not only does Mentor give our students the academic advantage of starting French at JK, Mentor has amazing French teachers that make the language FUN. We are allowed to use music and drama and we have the freedom to explore themes that the kids love both in and out of the curriculum. When it comes time to audition for the school musical and I hear students say they are too shy to try, I tell them they have already been in so many French plays in front of students and parents already!

Starkey: So because you went to Mentor, does that mean you are not bilingual?

Wertman: I did not get a certificate in Grade 12 but I would still say that Mentor is the reason I am bilingual. I loved my French teachers here and as I got older, I gained confidence in the language. Without them, I wouldn’t have chosen French for my university major and would certainly not been brave enough to spend a summer living and working in rural Quebec. That’s also why I know my kids can be bilingual (if they choose to be) without French Immersion.

Starkey: Speaking only as a teacher, what is the biggest difference at Mentor?

Wertman: When I was in a school with FI and English streams, there were some teachers who wouldn’t even talk to each other because they didn’t view each other as being part of the same school. What I love most about Mentor is that the entire staff works together to help each other out. Whether the staff member is teaching French, a homeroom, science, or working as a supply, the atmosphere is just so positive!

Starkey: Well you are definitely a part of that positivity! Thanks for taking the time to answer my questions.